In mid-2014, during the annual meeting of ICOM in Paris, Karen Brown, member of the board of ICOM Europe and recently designated Head of the Museums, Galleries and Collections Institute, in the School of Art History of St. Andrews University (Scotland) called our attention for the first time to a new European Union line of funding aimed to promote cooperation between the European Union and the Community of Latin American and Caribbean States (CELAC). The focus was on economic fields, but, as it often occurs, “culture” was also considered as a possible, maybe not expectable, field of application. I still vividly remember that board meeting: After considering several themes and organizational scenarios, I proposed to concentrate on “community museums” – a domain where we, Europeans, would have much more to learn than to teach to our LAC colleagues. The suggestion was accepted and intense contacts begun in order firstly to involve ICOM LAC, initially chaired by Beatriz Espinosa (again in office now) and subsequently by Samuel Franco, and then to assemble a consortium of both museums and research departments in universities in both regions. After accomplishing the complex myriad of bureaucratic tasks allowing to build and finally present a project to EU, this  was  formally registered and finally approved for financing with an important amount, not common for all of us, museums professionals: € 2 422 406,50.

The EU-LAC Museums project ran between January 2016 and January 2021. In fact, due to the current pandemic crisis, it was only formally finished less than two months ago. Its achievements are impressive as can be observed either in the project’s web platform (see: https://eulacmuseums.net/index.php) as in the news given by the EU, itself (see: https://cordis.europa.eu/article/id/413509-fostering-international-relations-through-museums). Apart from databases, publications, digital exhibitions, and other outcomes, often based on simples, yet innovative technologies, about 135 community workshops were held in all partner countries and nearly 28000 participants shared their experiences and thoughts on making museums a catalyst for sustainable development, social inclusiveness and community empowerment. Real museums, from real communities, with real people, were the center of our action – and they did benefit from it. The project will remain as a major example of bi-regional cooperation promoted by ICOM, throughout two of its Regional Alliances, a process which led to the final approval during the last General Assembly, in Kyoto, September 2019, of what was the most consensual Resolution, on “Museums, Communities and Sustainability” (see here: https://icom.museum/wp-content/uploads/2019/09/Resolutions_2019_EN.pdf).

The Resolution just referred opens the path to consider also the wider implications of what was learned during this project on the domain of community empowering. In fact, the Resolution urges ICOM to “recognize the value of community-based museums for the promotion of ICOM, UNESCO and international charter instruments and their values of human rights and peace, and sustainable community development in general, especially in the contexts of indigenous and ethnic minority communities, and in the face of the challenges posed by migration”. And in doing so, “hot topics” like social inequities, racism and colonialism can’t be avoided: Museums are not neutral, they must take their part in defending human dignity alongside with balanced, sustainable, social development.

Racism and colonialism are in the eye of the storm referring to indigenous or forced displaced populations. The quest for social justice is largely dependent on the combat given to such archaic, inhuman concepts of human diversity. The trouble is that, for many, including a lot of the ones claiming themselves “activists”, the most dramatic scenarios of still existent practices of these dramas are often forgotten and all attention is given to what happens inside their societies, either in Europe and in the USA. Who, including mainstream “activists”, did for instance notice and mobilize to denounce the situation regarding indigenous peoples, documented in recent years by the Secretariat of the Permanent Forum on Indigenous Issues (UN Agency) in its “State of the World’s Indigenous Peoples”, SOWIP series (https://www.un.org/development/desa/indigenouspeoples/publications/state-of-the-worlds-indigenous-peoples.html), which the fifth volume has just been launched, dedicated to “Rights to Lands, Territories and Resources”? I didn’t notice anyone. And the fact is that data and figures showed in those and other reports are tremendous.

One of the regions in the world where racist and colonial behaviors are still visible and with vast social impacts is precisely Latin America and the Caribbean. Strictly indigenous communities are still important, attaining in some cases (countries or regions inside countries) half or more than half of the population (more than 40% in Guatemala as an all; more than 60% in Bolivia, as an all also) (see map below). Added with populations resulting from ancestors forced to migrate, often in the condition of slave labor, these segments of societies are a majority in large parts of LAC. Again, what did all of us, front-line “activists” to begin with, do in order to disseminate and put in evidence the data relating to this region? For instance, the one provided by the “Comisión Económica para América Latina y el Caribe (CEPAL)”, an organization of the United Nations Population (UNFPA), which the last report, launched late last year in Santiago do Chili, represents a powerful accusatory libel of colonial and racist practices still in force in that region: “Afrodescendientes y la matriz de la desigualdad social en América Latina: retos para la inclusión” (https://www.cepal.org/es/publicaciones/46191-afrodescendientes-la-matriz-la-desigualdad-social-america-latina-retos-la). Earlier reports, are equally striking: See, for instance, the one of 2014 on “Guaranteeing indigenous people’s rights in Latin America Progress in the past decade and remaining challenges” (https://repositorio.cepal.org/handle/11362/37051).

In October 2017, following the “United Nations Declaration on the Rights of Indigenous Peoples” (see here: https://www.un.org/development/desa/indigenouspeoples/declaration-on-the-rights-of-indigenous-peoples.html), the Executive Board of UNESCO adopted the “UNESCO policy on engaging with indigenous peoples” (see here: https://en.unesco.org/indigenous-peoples/policy), giving this theme the real importance that it deserves, also in the cultural sector. And the question is: what about museums? Well, with the experience obtained in our EU-LAC MUSEUMS project and the adoption of the Resolution referred above by ICOM, I firmly believe that the path is open for new and more acute steps not only to denounce racism and colonialism but to really act within our communities to diminish and eventually banish both of them. Always bearing in mind that the most painful remedy should be used where the wound hurts most, meaning, regions where indigenous and forced displaced peoples are still present and suffering. 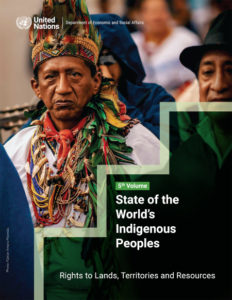 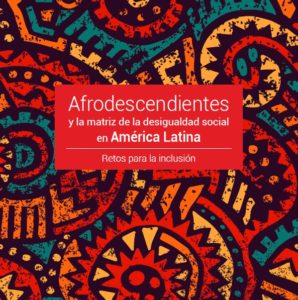 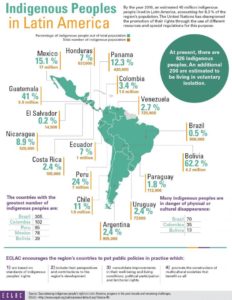 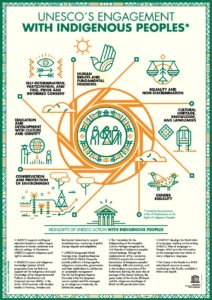