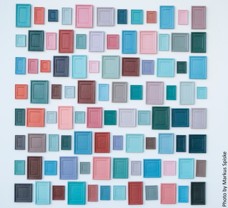 Restitution to the “origins” of objects integrated in museums collections is increasingly in the agenda, especially after the so-called Savoy-Sarr report, elaborated under the request of the French president, Emmanuel Macron.

Even if worldwide in its complete extension and affecting both international as internal relations between country-states, regions, ethnic or indigenous peoples and museums from all typologies, this demand affects particularly the biggest longstanding traditional ethnographic museums, originated most of them in war, imperial and/or colonial contexts.

ICOM, throughout several of its bodies and committees has already in the past addressed this theme, which is also explicitly considered in our Code of Ethics (chapter 6). But new positioning and reflections are arising these days and we felt that it would be useful for our community to organize a list of them: See here. We do not intend to be exhaustive and we gladly appreciate any further references (only in the three official languages of ICOM), which we will regularly add to our list. Email: info.icomeurope@gmail.com

This theme has also been object of an article of opinion in a Portuguese daily newspaper by our President. The English version of it can be found here.